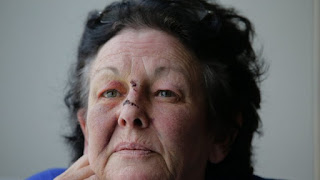 
A Porirua grandmother was beaten and throttled in her own home for half a packet of cigarettes and an iPad.

Linda McElwee played possum to survive the attack, which left her with scars and bruises to her face, chest and shoulder.

"He tried to strangle me and then started bashing me with his fists and then an object. I knew I wasn't going to win a fight against him, so I played unconscious," the 63-year-old said this week.

But despite her ordeal, in the early hours of May 21, she says she feels "a bit sorry" for her attacker and wants to see him rehabilitated.

The sanctuary of McElwee's home in a quiet, bushy dead-end street in Ranui Heights was shattered when she awoke to find a stranger in the house.

She thinks the deadbolt from the seldom-used sliding door in the lounge might not have been fully put back the last time it was used.

"I had fallen asleep on my couch under a big fur blanket. The lights were on, the TV was on."

The invader opened the sliding door and circled the couch, probably not spotting the sleeping McElwee, burrowed into her blanket.

A packet of Winfield Blue 25s, holding 12 cigarettes and a lighter, and an iPad were taken from the coffee table. The burglar then headed for a small table at the foot of the couch, where a laptop was charging.

"I woke facing the window and I noticed the curtain open. I made a slight move and he jumped me," McElwee said.

"He came right down with his hands and then slammed his leg across the top of my shoulder and my chest, trying to pin me down. Then he got his hands around my throat.

"I knew then this was for real. I started trying to protect myself and then he came on with his fists.

"He must have thought the thumping wasn't doing any damage, so he picked up something solid and started bashing me around the face.

"I realised this is getting serious and went limp."

The invader made a run for it out of the door and into the darkness.

McElwee's 83-year-old mother, who lives with her, slept through the entire episode.

"Thankfully mum is deaf and slept right through it. I can only imagine what could have happened to her if she had wandered in while I was being attacked," McElwee said.

Her mother said it was horrific to be woken by her daughter, her face covered in blood.

"I thought I was dreaming when she woke me up and said, 'Mum, I've attacked.' Part of me feels guilty I slept right through it."

McElwee, with blood pouring from her face and dripping on to the cream carpet, picked up the phone and called the police. Despite a good cleaning, the carpet is still visibly stained.

Police were soon on the scene with the dogs, and McElwee said they tracked down a suspect just a few blocks away, having a smoke.

McElwee said: "I realise there are people struggling out there. It's sad to think they believe they have to resort to these kind of things.

"This young person must have no self-worth, no self-respect and no pride. Hopefully the system can help give him these things."

Class cancelled due to the state of the roads. 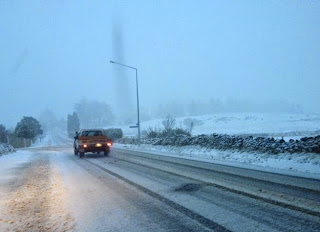 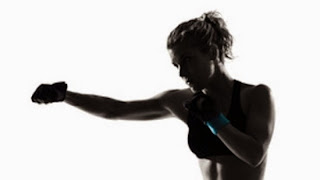 Sex offender "bit off slightly more than he could chew" when he attacked a female kickboxer.


Sex attacker Mark Willis dragged a woman over a wall and tried to get on top of her, but five minutes later he was unconscious.

The female had two years of kickboxing under her belt and put her attacker in a triangle choke, Metro reported.

The move involves wrapping your legs around the neck of the other person to cut off the blood flow to their brain, and puts them to sleep.

Willis, 39, was not prepared for his attack to go all so wrong. 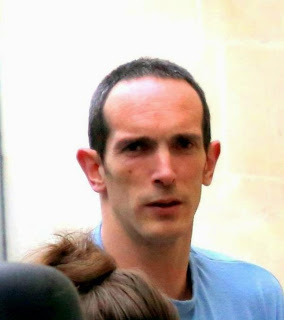 He had targeted the woman who was walking alone through a town in Gloucestershire, England at 2am (local time).

Wallis grabbed her and punched her several times, then forced her into a garden and got on top of her. He told her to be quiet, do as he said and she wouldn't get hurt.

"My legs were still free so I lifted my left leg up onto his shoulder and around the back of his neck. I crossed my right leg over and squeezed together as hard as I could.

"I closed my eyes and held it for as long as I could hoping he would pass out in a few seconds. Then I felt his body go limp. I thought he had lost consciousness or run out of air. I flipped him off, rolled over and crawled through the bushes to the door of the house."

Later Willis was quickly arrested, identified by the woman, and convicted of sexual assault, despite his denial.

He is yet to be sentenced.

The woman received a £500 reward from the presiding judge, as a token of the court's appreciation of what she has done to catch Willis.

"He bit off slightly more than he could chew with this young lady," Judge Hart said.

Woman fights off attacker during attempted assault in Rotorua

A woman  fought off her attacker during what is thought to be an attempted sexual assault in Rotorua.

Police are appealing for any information about the alleged assault, which took place on Wharenui Rd, between Te Ngae and Reeves roads, on Saturday night.

Some time between 6.30pm and 6.50pm a woman in her 30s was grabbed from behind and pushed to the ground, a police spokeswoman said.

"She blacked out briefly, but then fought her attacker and screamed, causing him to run off."

The alleged offender is thought to be a male Maori aged in his mid-to-late teens. He has a skinny build with a long, thin face and no facial hair, police said.

"He is likely to have a scratch or injury to his face as a result of the victim fighting back."