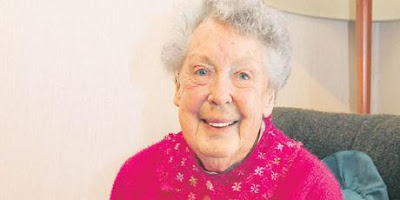 An 81-year-old great grandmother fought off a Samurai sword-wielding man attacking her elderly neighbour - armed only with a plastic brush.

Lois Kennedy escaped with grazes to her hand, the 61-year-old victim suffered arm and hand injuries and the 40-year-old swordsman was hospitalised with serious injuries - though it is unclear how he received them.

The attack occurred in St Johns St, in the Christchurch suburb of Woolston, about 5am on Friday. Police say it could have been fatal without Lois' intervention.

Heroics run in her family. Son Royd Kennedy rescued 12-year-old Shirley Young who was trapped under a burning oil tanker for an hour in Manukau in 1990.

However, Lois said anyone would have done the same. "If someone is in danger or distress you just get to it," she said. She was woken by her neighbour's calls for help. "I could hear 'Lois, Lois'. I recognised the voice and rushed out."

On the way she grabbed a short brush. "I thought it was wooden but my daughter later told me it's plastic. I saw this mumbling mess on the path. She was on the ground and he was bending over her. I got my brush and was whacking him. I was aiming for his nose but I don't think I got it."

"I've got no idea what was in my head, except I realised I wasn't doing any good so I came in here and rang the police."

Detective Senior Sergeant David Harvey said Lois was extremely brave. "Her actions prevented this incident from escalating." He said a man had been charged with assault, threatening to kill and resisting arrest. He was taken to Christchurch Hospital in a serious condition and is due to appear in court tomorrow.

It is understood he is the victim's son and lives in Auckland but had been staying with his mother for about three months.

"I think it's fairly typical of the grey population, we don't like to be mucked about with," he said.

Her age may have been an element of surprise. "You don't expect an old lass to butt in," Christian said.

By Caroline King
Posted by Anthony at 8:02 AM No comments: 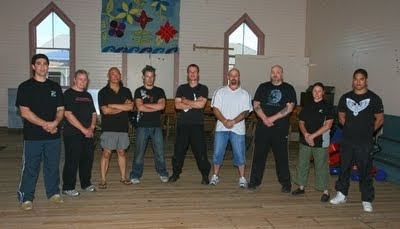