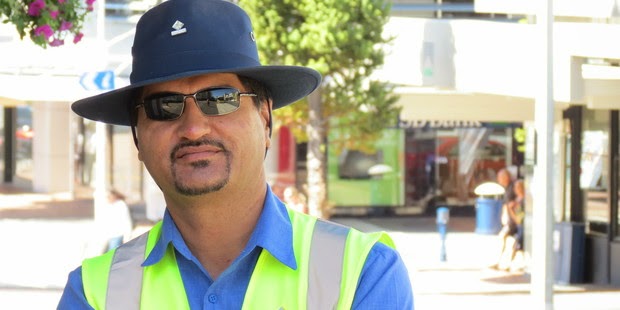 A Tauranga parking warden ran to the aid of an assault victim in ACC yesterday and held the offender until police arrived.

The parking warden, who wanted to be known only by his first name Peter, was patrolling past ACC on Grey Street when a woman ran out calling for help.

Peter entered the building and saw a man who was obviously out of control.

Peter said he helped an ACC staff member to restrain the offender and called police.

The man, who was accused of punching an ACC staff member and pushing computers and equipment off desks, was arrested.

Peter wanted to praise the actions of the staff member who, despite being assaulted, managed to get the offender into a headlock as Peter arrived to assist and helped to restrain his arms.

A third person then helped to restrain the man until police arrived. Peter said they had to hold the man for about 10 minutes.

All other ACC staff had retreated behind locked doors by the time police arrived.
Posted by Anthony at 6:42 AM No comments:

The hand is the cutting edge of the mind. 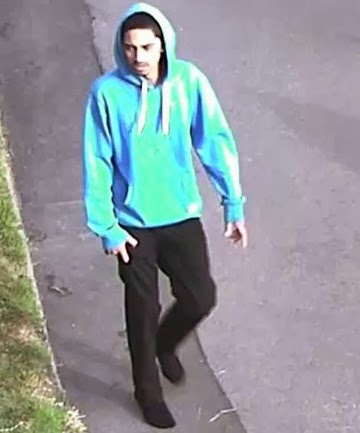 A woman escaped an attempted attack after being grabbed from behind while jogging through Auckland Botanic Gardens this morning, police say.

The 44-year-old was jogging through the park around 8.30am when she was grabbed by an unknown man who attempted to pull her off the path.

She managed to get away, and the man made off towards the east side of the gardens, near Katote Close.

He is described as being around 5"11 tall and of skinny build with dark skin, wearing a turquoise coloured hoodie and long black pants. He was wearing socks but no shoes.

Police advised people to avoid dark or isolated places while running or walking alone, and to keep cellphones close by. If possible stay within view of traffic or pedestrians.

Anyone who can identify the man, or who witnessed the incident, is asked to contact Counties Manukau crime squad on 09 261 1321 or anonymously contact Crimestoppers on 0800 555 111.
Posted by Anthony at 7:21 AM No comments:

"He fought for his life."

The Bible that a US bus driver kept in his pocket saved his life after it stopped two bullets from piercing his chest, stunned police say. 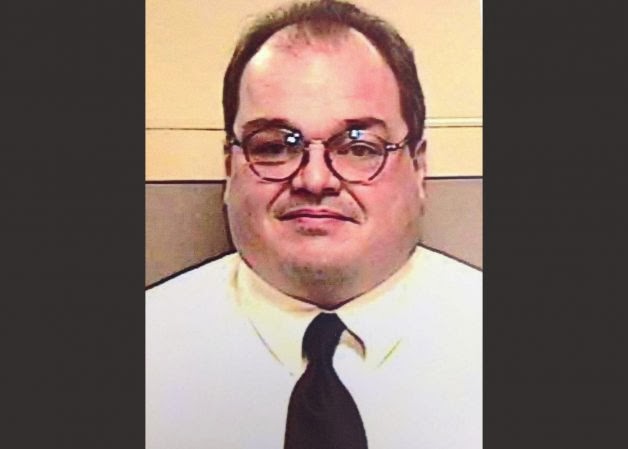 
"There was obviously some kind of intervention involved in this incident because he probably should not be here," Sergeant Michael Pauley of the Dayton, Ohio police told reporters on Tuesday.

Rickey Wagoner, 49, had stopped his bus to fix a problem in the early hours of Monday morning when he was approached by three teenagers in what appears to be gang-initiation attack, WCPO news reported.

"He heard one of the suspects say it was time to kill a polar bear to get into a club," Pauley said.

"He fought for his life."

Wagoner was shot twice in the chest but managed to stay standing and struggled to wrestle the gun away from his attackers.

"I had a book in my pocket," Wagoner told a police dispatcher in a call released to local media.

"At first I thought it went through. It just feels like I've been hit with a sledgehammer in the chest."

One of the teenagers slashed him in the arm with a knife while he fought for the gun, which went off during the struggle and shot him in the leg. But he managed to get both weapons away.

"He hollered and that's when they all ran."

Wagoner picked up the dropped gun and shot after the fleeing teens but told the dispatcher he didn't think he hit them.