Reluctantly I am cancelling the class for tonight, due to the road conditions. 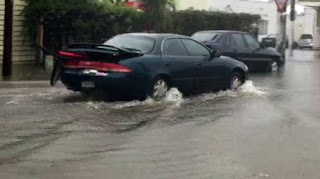 Posted by Anthony at 4:19 PM No comments:

No charges over 'self-defence' stabbing

Charges have not been laid against a man who stabbed a 40-year-old Mount Manganui man in the chest during a confrontation.

A coroners report has found building contractor, David Cunningham, died after becoming involved in an altercation with another man, David Broiles, who stabbed him in "self-defence".

The incident occurred after Mr Cunningham left the house where he was staying to go and buy cigarettes around 11pm on the night of August 26, 2012. He was then seen on Ararimu road, at around 2am on August 27, where he entered a property.

Mr Cunningham proceeded to a sleep out where a person living on the property was sleeping.

Mr Broiles heard Mr Cunningham's approach, armed himself with a knife and torch believeing the person was an intruder. He confronted Mr Cunningham at the door and a fight ensued.

Mr Cunningham was stabbed several times. He died at the scene.

The report found Mr Cunningham's death was caused by Mr Broiles and no other people were involved in the events of that night. Despite acknowledging this fact, the man said he used the force he did in self-defence.

Police were unable to establish the reason Mr Cunningham was on the property at Ararimu road and no evidence was found to conclude he had gone onto the property with any criminal intent.

A blood test found Mr Cunningham's blood alcohol level was almost three times over the legal driving limit. The limit has since been lowered.

No criminal charges were laid in relation to the death of Mr Cunningham.

- by Regan Schoultz
Posted by Anthony at 7:48 AM No comments: