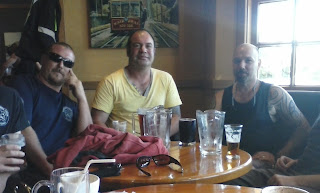 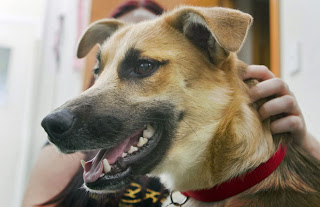 SAVIOUR: A Christchurch teenager believes she could have been killed in a sexually motivated attack in a Burnside park if her dog had not come to her aid and attacked the man.

A Christchurch woman was saved from a vicious sexually motivated attack by the loyal dog she adopted only two months ago.

The 19-year-old believes she survived only because her dog leaped on the attacker, biting him on the neck or shoulder.

The woman told The Press her 13-month-old german-shepherd-greyhound-border-collie cross's intervening allowed her to run away and flag down a passing car.

The attack took place in Jellie Park, Burnside, about 1.50am on Sunday.

Police do not believe it is related to another sexually motivated attack on a 14-year-old near Colombo St on Friday night.

No arrests have been made for either incident. The 19-year-old had just been dropped off at her home near Burnside Park when the dog took off out the door.

She chased after him, staying close to the road but as she came near some bushes she was grabbed by a man and dragged into the dark.

She still has no idea how long the ordeal went on. At first she froze and believes she blacked out when her head hit the ground.

When she came to, "instinct kicked in". She fought back, kicking the man in the groin and scratching at his face while trying to protect herself. She tried to gouge his eyes. She thought he was hitting her with his phone, but it was in fact a weapon.

"He was cutting me with something, but I had no pain. All the blood, I thought, was sweat or tears. I was yelling for help and screaming at some points. I thought, 'If I'm going to die I might as well fight back.' "

Her attacker did not utter a word. When she kicked and scratched him, he made only "creepy" grunty noises.

"It was like he couldn't feel it," she said.

She suffered numerous cuts to her face, hands and arms, but believes her injuries would have been worse if the dog had not come to her aid.

She said he ran over and "leaped on the guy", biting him and dragging him away.

"I could hear him growling. I didn't look back. I ran straight to the road.

Police believe the attacker went up a slide to get away from the dog.

The woman said she had not slept since the attack - "every time I shut my eyes I relive it" - but wanted to speak out to warn other women.

She is confident police will find her attacker, described as a male European with dark facial stubble.

She believes he had been hiding in the bushes waiting for a potential victim. "I see people cut through [the park] all the time. If it wasn't me, it would have been some girl without a dog."

She said her dog has stayed beside her ever since the ordeal.

"He's an amazing dog. It was a horrible thing, but I could have got murdered in a park."

About 9.30pm on Friday, a 14-year-old was attacked and pulled into bushes in Walton St close to Colombo St. She suffered bruising but no other serious injuries.