"My instinct was limbs, kick, scream, punch, everything."

Help get this person off the street: victim 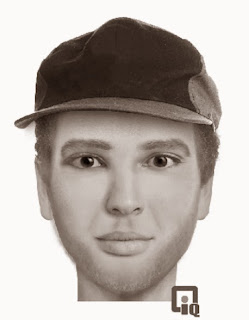 A police sketch of the man who allegedly attacked a 25-year-old woman in Dunedin on Saturday night.


The victim of an attempted abduction in Dunedin hopes the public will recognise a police sketch of the man ''to help get this person get off the street''.

Yesterday police released a sketch of the man based on a description supplied by the 25-year-old Dunedin woman. Last Saturday night, the woman was walking home from the Octagon after being unable to get a taxi due to the long lines of people waiting for them after the All Blacks v Australia test.

In Princes St, she began talking to a ''normal, young, friendly sober dude'' near the Oval and opposite the bus depot.

''There was nothing bizarre about the conversation; we spoke for 10 to 15 minutes ... just about the rugby and weather, basically.''

The pair parted ways when they got to Hillside Rd and she continued walking down the street.

''I didn't think he was there. I thought I was walking on my own.''

The man then yelled an offensive comment and as she made her way to the road to text someone, he rushed at her, grabbed her and lifted her some 10m into some bushes at Bathgate Park.

''My instinct was limbs, kick, scream, punch, everything.

''I made enough commotion for him to give up, drop me and run away.''

The man was last seen running across Bathgate Park in the direction of Helena St and Macandrew Rd.

Stunned, the woman made her way back to the road and flagged down a taxi, which took her home, where she contacted the police.

She said it was hard helping police to make the sketch, as ''it was a difficult memory bank to tap into''.

''But I want to do everything I can do to help get this person get off the street ... I had a lucky escape so I want to help them out.''

She said police involved in the case had been ''amazing''.

''They have real sympathy and compassion.''

When she looked at the sketch of her offender, she felt sadness for society, as ''you just can't be free and walk around and do what you want because, unfortunately, there are people out there like this''.

However, she felt Dunedin was a safe city and ''this was just an unfortunate event''.

Detective Sergeant Rob Hanna, of Dunedin, said anyone with information about the offender should contact Dunedin police on 471-4800 or the anonymous tip-off line Crimestoppers, 0800 555 111.

Police did not believe the attack was linked to an attempted abduction hours earlier in Vogel St. Sightings of the ''home-sprayed'' silver van by members of the public had been confirmed in South Dunedin and the inner city, Detective Regan Boucher said. He urged anyone who had spotted that vehicle on Saturday night or Sunday night to contact police.

Two men jointly charged with abducting a woman with the intention of raping her were remanded in custody by consent. One was later granted bail.

• Caucasian, early to mid-20s
• Between 167cm-175cm in height
• Medium build with broad shoulders
• Short light brown or fair hair, and wispy facial hair
• He was wearing a white cap and possibly a dark hoodie

SUPPLIED: NEW ZEALAND POLICE
Posted by Anthony at 11:04 AM No comments:

Just this once, Saturday training starts at 2:00pm.

Mike will open up.
Posted by Anthony at 8:05 AM No comments:

Attacker clawed in the face

A Christchurch woman was pushed to the ground, headbutted and punched in the face by a man who then tried to sexually assault her.

She managed to get away though, fending off the attacker by clawing at his face.
The attack, in Nunweek Park in the Christchurch suburb of Harewood, happened at about 2.30am yesterday.

Police this afternoon appealed for anyone with information about the attack to come forward.

Police Detective Sergeant Richard Quested said the woman, aged in her 20s, parked her car in Wooldridge Rd before trying to use the toilets in the park.

However, they were locked and as she returned to the car she was attacked from behind.

"The woman was pushed to the ground, headbutted and hit in the face. While on the ground her attacker has attempted to sexually assault the woman, but was disturbed by a passing street sweeping machine," Quested said.

"The woman clawed at the man's face and pushed him off, and was able to run back to her car and drive away."

She suffered cuts and bruises and was fortunate not to be seriously injured.

The attacker was described as between 1.67 metres and 1.77m tall, of medium build with a "beer belly" and a moustache. He was believed to be wearing a black cap with a black hoodie pulled up over the cap, Quested said.

"If anyone has seen a man of this description, or any other suspicious people or activity around the park, we urge them to contact police as soon as possible."